I dabbled a little in music many years ago.  Click below to hear some early recordings.

And please be kind... these were recorded a long time ago on a very low budget.  Even so, they are very much acceptable.

All my music is copyrighted and registered with the appropriate organisations.  Hence, distributing or re-recording is not allowed by law.  However, it is provided here for listening, free of charge.

Please note, the mp3 version  available here is of better quality than the music in the Youtube® version.
However, for the full effect of this beautiful, moving presentation, you will need to view the video as well.

I will fix this issue in time...

View the lyrics to any of my songs 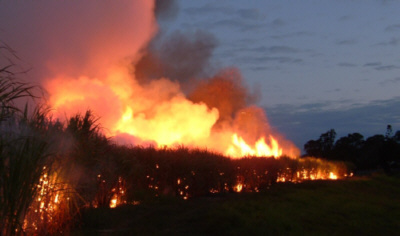 (Note that some devices will require you to download the .mp3 version first to play it.)

I grew up on a sugar-cane farm in a laid back, perhaps a-little-slower area of mid-north Queensland in the 1960s.
My dad was a cane farmer, back when crops were hand-cut and often hand-loaded on to small wagons that were hauled to the sugar mill via a small steam locomotive.
Sadly, I don't have a lot of photos of that era of can farming, but some of them, including a couple of photos of my dad, appear in the short film I made.

My wife and I recorded the music, though on a very small budget, so it's a bit plain.  We tried to get various radio stations to play it, as well as our local TV station.  No luck.
Please watch and share with your friends if you enjoy it.

We learn a lot throughout life.  And often the lessons are hard...
Perhaps the real secret is this: whether we win each battle doesn't matter.  Just the fact that we've learned is a victory in itself.

Coming Of Age.mp3 ©  (Coming very soon!!!)  (Some devices will require you to download the .mp3 version first to play it.)

Coming of Age © - view the lyrics

I'll add some more of my songs soon...

So often we see ourselves or others trying so hard to be successful, or wealthy, or both.  But money is a very poor master, always wanting more.  And more...
Hatred too hinders us so often, and cripples us and our relationships.  Indeed, hatred and bitterness will make us physically ill over time, and sap all our happiness.

Freedom's Chains speaks for itself, I think.  Like most of my music, it may be a bit basic, but I still find it soothing in a simple, honest way.

Arrival Of The King

I'll release this one very soon.  Thank you for your patience.

Quicklinks to my music